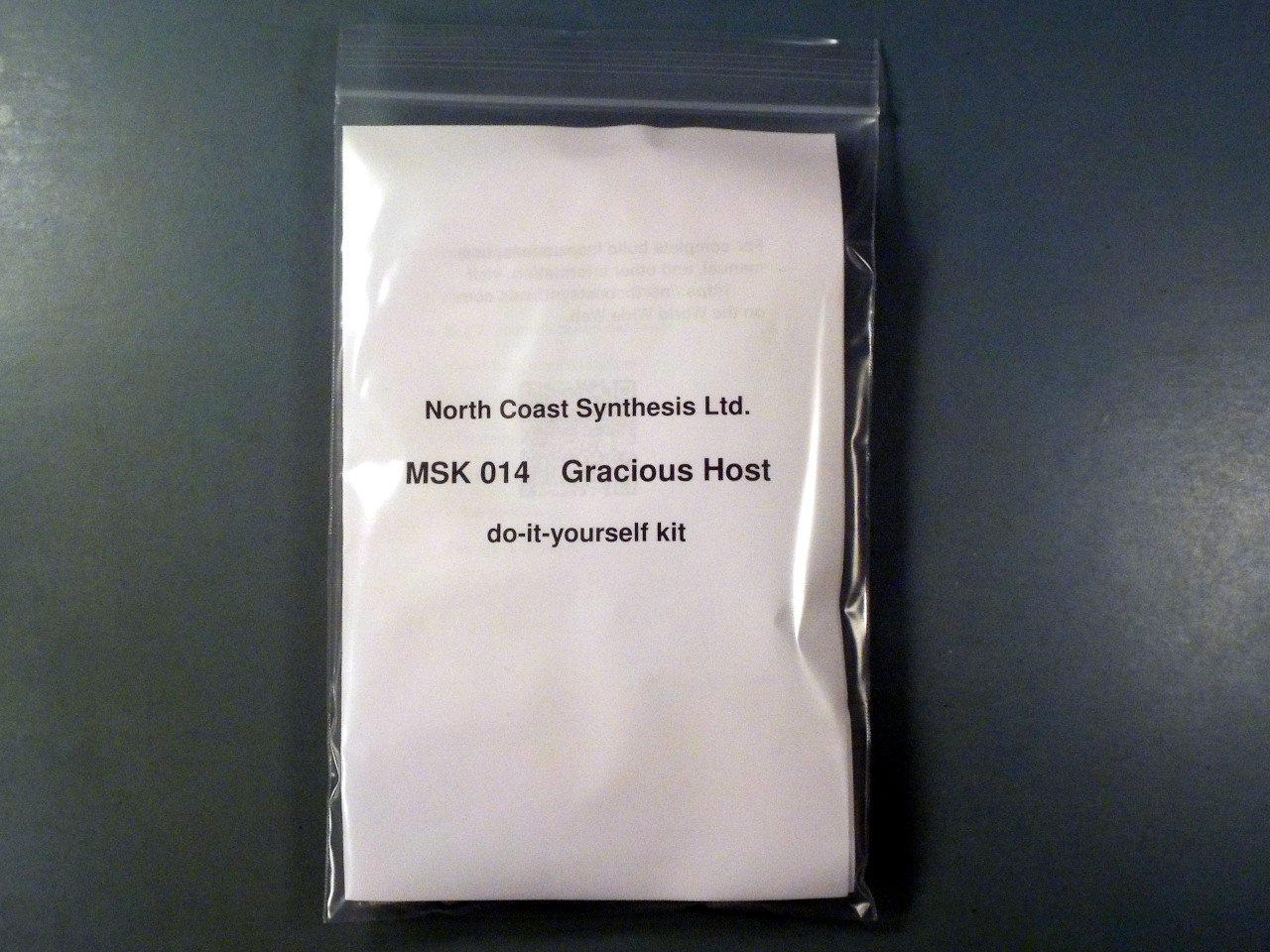 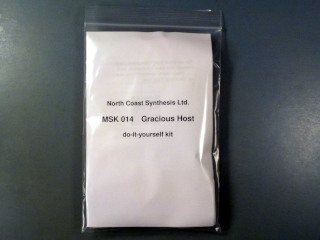 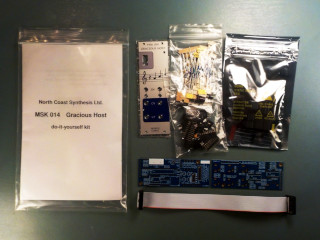 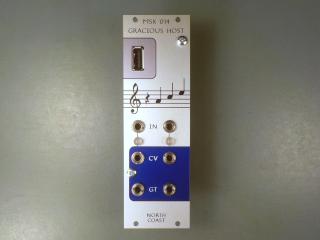 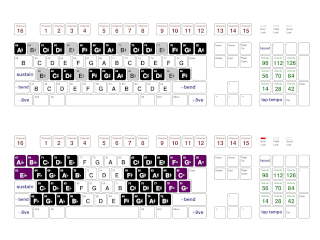 Also available as an assembled module.

Every note in its place

The Gracious Host welcomes USB-MIDI devices to the Eurorack estate, allowing performers to play the modular synthesizer with a wide range of musical keyboards and other controllers. This module is an embedded host, not a device, in USB terms, meaning that common controller devices plug directly into it without needing the involvement of a separate computer. Operating modes, selected by MIDI channel number, include basic monophonic notes with pitch and velocity CV output; two-note polyphony for controlling a two-voice patch (separate voices or with automatic note assignment between them); three arpeggiator modes; two modes of quantizing input CV to MIDI-selected notes; and drum trigger and gate output.

Plug in an ordinary PC typing keyboard (QWERTY style) and it functions like a MIDI keyboard, allowing synthesizer control and access to all the Gracious Host's features without a dedicated music keyboard. An ordinary USB mouse can also generate control voltages, opening a range of interesting new performance possibilities.

North Coast's USB-MIDI interface is one of the few digital Eurorack modules still available in through-hole format. It continues our tradition of technical openness with complete source code for the firmware and build system, and detailed technical documentation totalling over 180 pages. Interested users or third parties can modify the Gracious Host firmware to support unique devices and operating modes; and it is available for use in other projects as free software under GPL3.

The Gracious Host is available as a pre-built 8HP Eurorack module or a DIY kit. Invite the MIDI world into your Eurorack.